Hi all.  Today I am going to give you a bit of advice, along with my card, for Imagine That Digi Stamps.  I used the lemon parfait digi stamp from the Parfait Delights file.  I colored the image with alcohol markers and cut it out with a Nestabilities die.  I decided to make it into an easel card.  I used a designer paper for the background and base and just happened to find this small piece of trim that went with the colors, exactly! 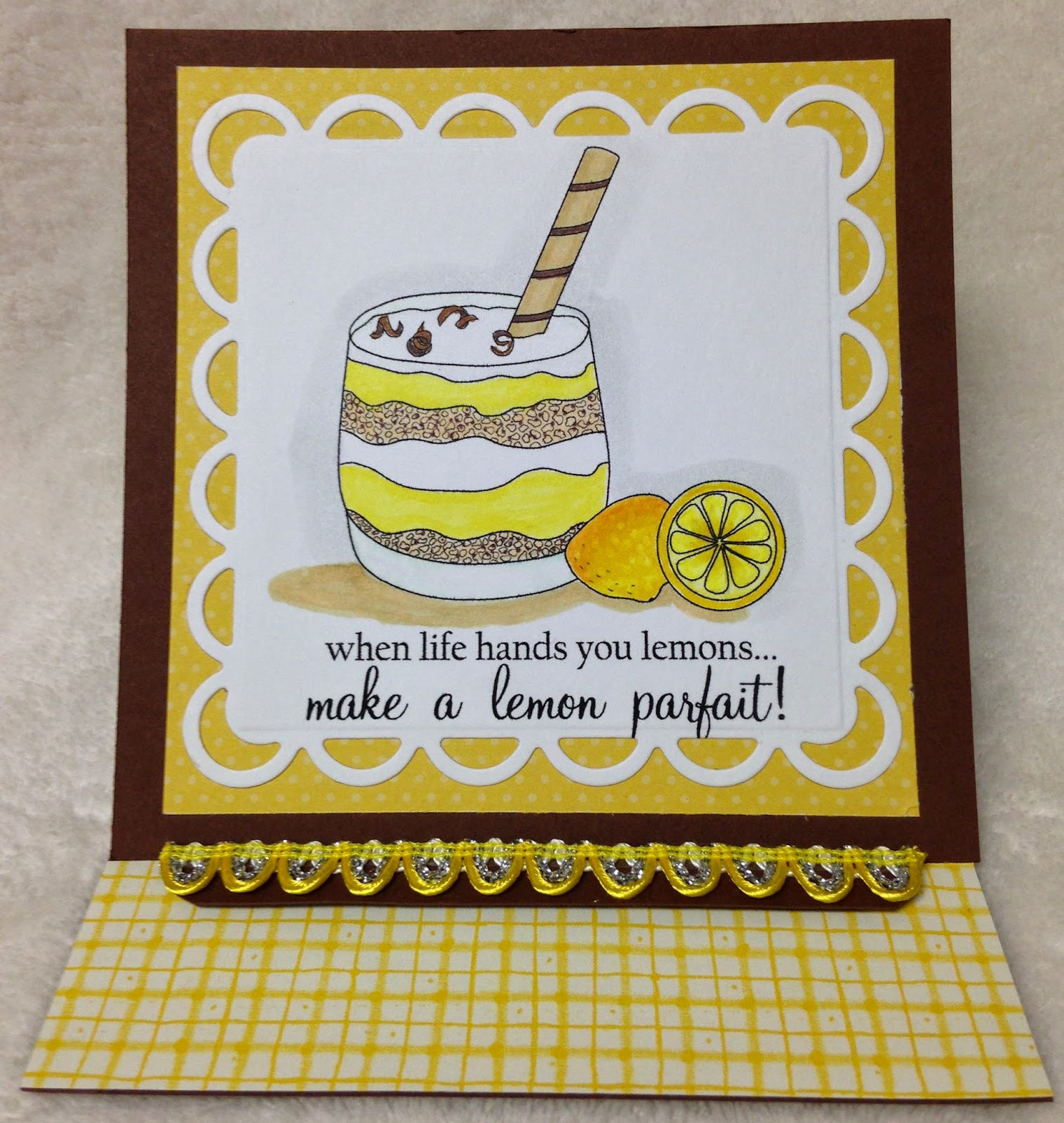 Do you see the advice?  LOL!

A friend asked me to make a wedding card for her nephew, who is getting married in Oct.
This is what I came up with... 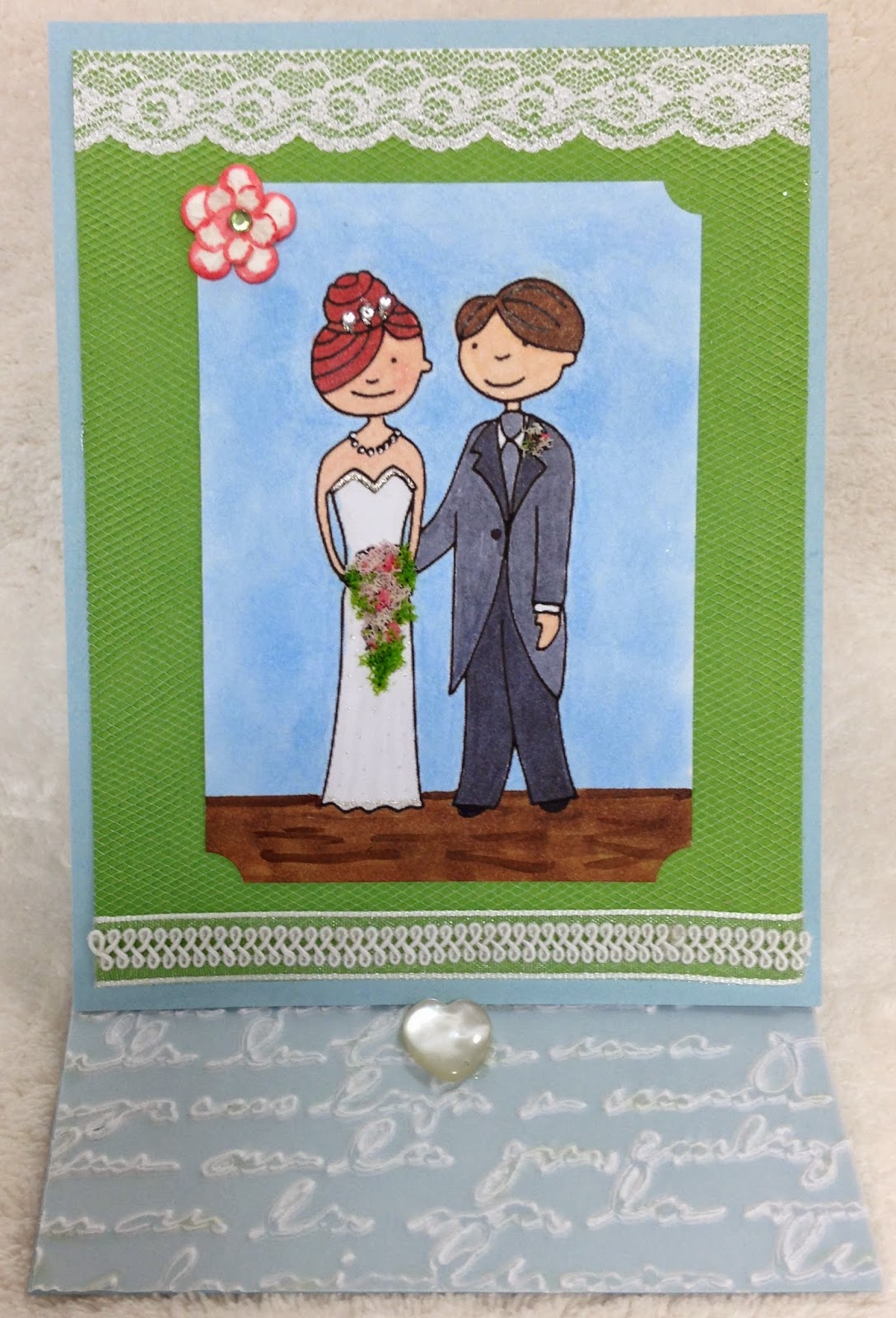 This too, is an easel card.  I used Flower Soft for the bouquet, a stamp that I heat embossed
for the lace on the top along with a piece of trim for the bottom.   I used some dry embossed
vellum for the base.  A heart button was used for the easel stopper.  My friend loved it!

It is not too late to play along with our September, Progressive Digi Challenge at Imagine That Digis.

Hi all.  For the September challenge at Imagine That Digis, we are doing something different.  Instead of using a particular stamp for the Progressive Challenge, we are letting you choose any image from Imagine That Digis.  It can be from the past or from one of the new sets in the store.   As usual, everyone who plays, will get next month's image for free.  Sounds good doesn't it?

There are some wonderful new digis that have just recently been released.  Be sure to check them out.

The image was colored with Copic & Sharpie markers and then mounted on a piece of designer paper.  I wrapped 2 corners with baker's twine and added 2 brads in the other corners.  I also added some fake stitches around the image with a white gel pen.  The card base was embossed and I
swiped a Ranger's Distress ink over it to make the details show up. 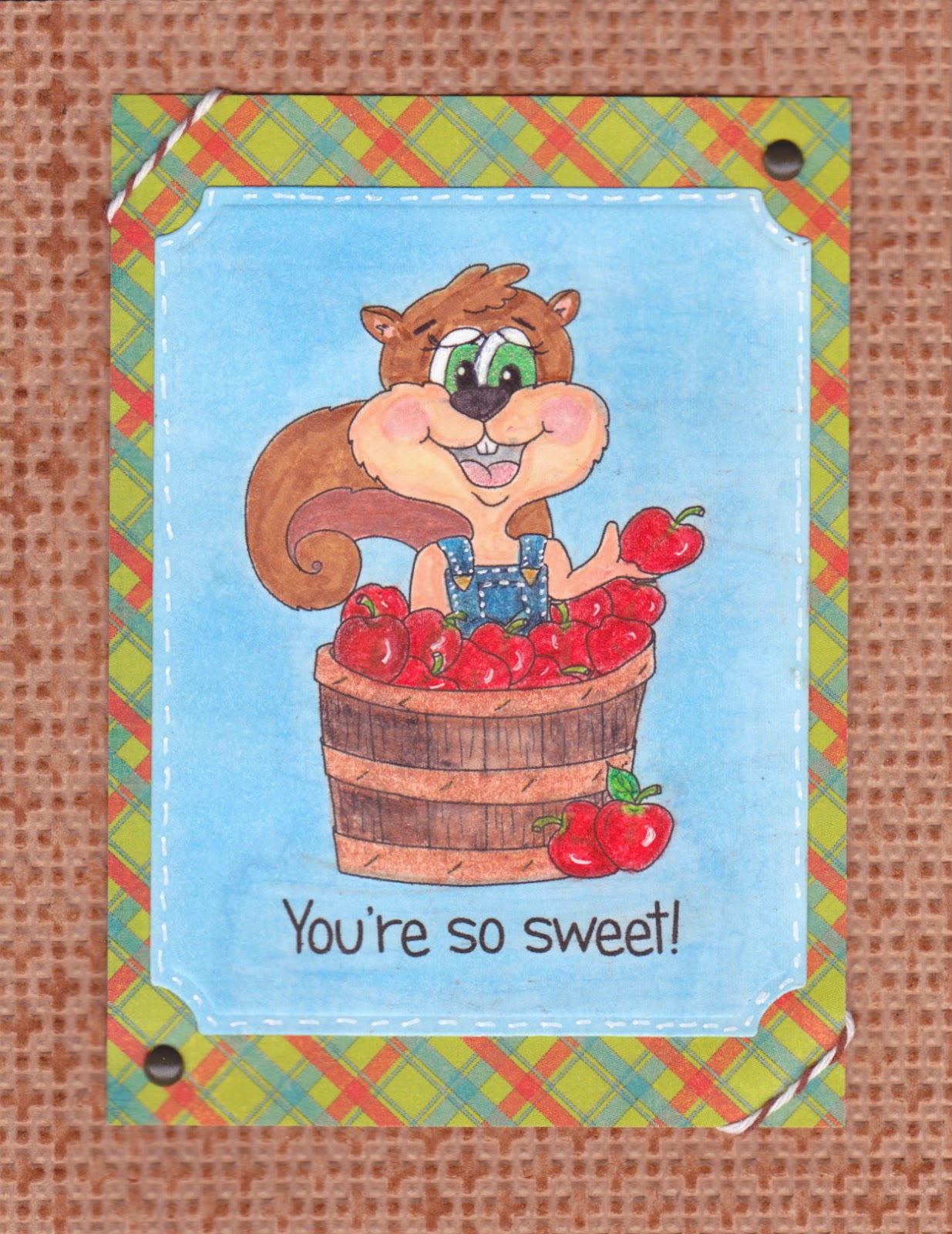 I hope you will play along with us this month.

Posted by gobarb26 at 6:40 PM No comments: Links to this post

I DESIGN FOR IMAGINE THAT DIGIS BY KRIS™ 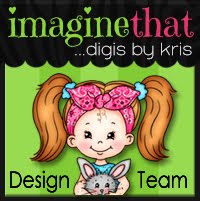 I was featured in Through the Craftroom Door Online Magazine.

I was Guest Designer for Through the Craftroom Door

Some of my Favorite Web Sites

gobarb26
The Villages, FL, United States
I was diagnosed with Multiple Myeloma on January 14, 2011. I volunteered with the Leukemia & Lymphoma Society for 10 years as a marathon/half marathon runner with Team in Training. I had been raising funds to help find a cure for blood cancers and to help with patient services. It was quite a shock to find out that I would be on the receiving end as a patient, myself. And so the battle begins and my friends and team mates will carry on without me beside them, but I know they will be here beside me every step of the way. I had tandem stem cell transplants in July and October, 2011. It was very difficult, but I am glad to be past that. Even though there is no cure, I am in remission and hope to stay that way for a long time! I enjoy paper crafts, especially card making and Zentangle®. They are both very therapeutic. I am a Certified Zentangle Teacher (CZT®).